Two Corners of the Old Empire

Posted at 10:00h in Bearly Surviving Archive by sitemaster
0 Likes 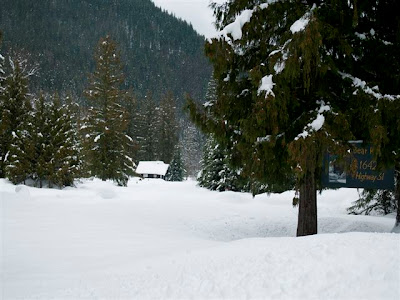 Even after half a lifetime spent in war-torn and battered places, the present corner of the British Empire that I now call home is a fairly ramshackle affair.

Measuring approximately 300 yards by 400 yards, built on a base layer of rock and covered in dust the consistency of fine-milled flour, it is hemmed in by sandbags and blast walls, each several feet thick.

The temperature varies dramatically but is almost always uncomfortable. In the winter it is cold and clammy, frequently freezing at night. In the summer a daytime high of 45 degrees is common.

My toilet is a shared jerry-rigged outhouse, showers come in a black plastic bag that must be held over your head, and the food I eat is the consistency of brick and must be dug out of a metal foil wrapper.

For all those of you who have visited us at the lodge and quietly envied my subsisting week-in-week-out on Kristin’s superlative cooking, you will be delighted, I am sure, to hear of my culinary comeuppance.

The setting for my bleak new world is, those of you who have been following our little blog will know, a remote northern corner of Helmand Province in southern Afghanistan.

It is also the setting for Blighty’s latest bout of imperial nation-building. After a century spent trying to keep the Russians out of the land that straddles the Hindu Kush, we are now denying the terrain to al Qa’eda.

Even within Helmand, the little broken-down market town where I now live is something of a Hicksville.

There are only a handful of surfaced roads, none of which I have ever seen, clinics are few and far between and schools often little more than concrete shells.

The vast majority of the local Pashtun tribesmen are illiterate and sockless, living standards are medieval and life is both brutal and short.

By local standards, I remind myself every morning as I pore over my Pashto irregular verbs, I have little to complain about.

Although I live strictly confined, and my every move is screened by a pair of overzealous bodyguards, I have intermittent access to electricity and my own metal container to live in, known as a pod.

This patch of Britain, which claims a cramped corner within a US Marines Forward Operating Base, has a roof, a kettle, teabags and, thanks to my predecessor, a pink brick fireplace.

The fire is fed by sweet-smelling timber delivered by a malnourished donkey that arrives with a cart two or three times a week.

I am even fairly safe. Unlike the locals, who must contend with roads teeming with hidden mines, my little living space has been meticulously swept for unwanted ordnance and even has a hardened roof to protect my beauty sleep against enemy missiles.

On a daily basis my new life consists of trawling up a short hill, bodyguards in tow, to where the District Governor of this little town, a fine old Pashtun with a wicked sense of humour, awaits my advice.

At other times I attend planning meetings with the Marines, share an athletic goat for lunch with the local Secret Police Commander, or drink sweet green tea with any number of self-appointed municipal officials.

Such is the life of a modern-day British political officer, doing his bit for Queen and Country at the coal-face of 21st Century nation-building.

I would, however, be remiss to suggest that as I write these lines, I am cowering behind sandbags. Or in danger of being atomised by an insurgent rocket. Or staring down an advancing suicide bomber.

Far from it. Even when I am on duty such risks are distant. But right now I am about as far from the frontline as it is possible to get.

As I gaze through the window I am looking out on Kitsilano, one of Vancouver’s trendiest burbs which overlooks the beautiful bay area, and sipping organic free trade coffee.

This is also, just about, a former corner of the British empire, but here the outcome has been a little more successful.

In the background the radio is gently burbling away, giving out traffic news and celebrity miscellany.

Kristin is at school, half way through her studies to become an even more masterful master chef, and the two dogs are each lying on a different sofa, resting their tired little paws on well-stuffed cushions.

Later, if the mood grips me, I will venture forth to lunch at one of the many excellent ethnic restaurants that lie within 10 minutes gentle stroll of my front door.

Far from the frontline of one of the world’s nastiest and most protracted wars I am soaking up the delights of a city that has just been voted the world’s most liveable for the fifth year running.

What a rigmarole it was just to get here.

Three military helicopter rides, skimming across the desert in bullet-proof jacket and helmet, a no-frills hop from southern Afghanistan to Dubai, Emirates to Heathrow, and then an all-day Air Canada flight half way around the world to the Pacific coast.

But no sooner will I have got over my jetlag, then the delights of British Columbia will once again be a thing of the past. Next Monday I leave it all behind and head east again, twelve and a half time zones, back to my little embattled patch of desert.

Meanwhile the lodge, which is being lovingly guarded by friends and neighbours in our absence, is, like the bears, hibernating under several feet of snow. (See the photo taken this week.)

The valley, which we have been monitoring from afar, has had one of the harshest winters anyone can remember.

By the next time I am released on leave from my tribal posting, however, the snow will have retreated and spring will be well on the way. I plan, then, once more, to set out on this outrageous commute.

In Vancouver, Kristin and I will pack our bags into our trusty Land Cruiser, shoehorn the hounds into the back seat, and set out for the long drive across British Columbia to our precious little valley.

Giving up the joys of trendy Vancouver to return to the Pashtun badlands next week will be hard enough.

But giving up a beautiful, vibrant spring in the valley? That will be a real test of my commitment. I’ll keep you posted.